Jesus is in the House!

About twenty years ago, a good friend serving in diocesan ministry to gang members, incarcerated youth, and their families did something he now recounts with a sheepish grin. After telling the story, he will say, “I would never do that now!”

My buddy was raised by a deacon father who had a passion for serving the disadvantaged, in some of the rougher neighborhoods of LA, and then among the poor on a reservation in northern Arizona where his dad served the Native American community.

My friend’s past, which includes his own period of dramatic youthful rebellion and struggles, has served him well in his ministry over the past twenty-five years. As a young man in college, he encountered the love of Christ personally and over time recognized a call to serve those that society has often written off as unredeemable.

He knows the lingo and the culture he serves. When he drives you through the neighborhoods, he can point out the various spots on the streets and sidewalks where "his" kids have been killed in gang violence. He has shared the depths of grief with the families as they buried their "babies." He spends day after day in places many are afraid to visit.

His “success rate” is dismal by human standards. In spite of his efforts, many of the teens he mentors from childhood end up facing decades in prison; some end up on death row. Relatively few seem to escape the darkness of gangs and long term incarceration in spite of the work and prayer that go into his ministry. A small fraction come to Christ in a dramatic way. His mission field is a tough one to till. I don’t know how he keeps his chin up, but he does. Though his humility would prevent him from admitting it, he must know that even those who don't demonstrate dramatic conversions are touched by God's love through His tireless journeying with them.

Possessing a lean, football player build even at his ripening age of fifty-five, along with a good natured personality and an intensity inherited from his dad and deepened by his experience on the streets, my friend is a commanding presence, but within five minutes of meeting him, one senses a certain humility, an abiding love for the Lord, and a deep compassion for people. He is one of the most genuine men I have ever known.

The wearying reality of his ministry has not extinguished the fire of God's love in his heart. I have never met him for coffee without walking away more confident in and moved by God’s relentless, unfathomable love. His determination to bring Christ to the neighborhoods and prisons has inspired me to keep fighting the good fight of faith in my own life as a disciple of Christ no matter how many shadows may darken the path.

So what did my friend do that he now snickers over?

Twenty years ago the diocese celebrated its twenty-fifth anniversary with a Mass at the downtown sports arena where the Phoenix Suns play. There were thousands in attendance. My friend, sitting in the “nosebleed section,” found himself overcome with profound gratitude and joy at the sight of so many Catholics gathered together to celebrate the Eucharist. The Church was big and the Church was alive! Without thinking, he suddenly shouted out, at the top of his lungs, “JESUS IS IN THE HOUSE!!!"

His colleagues from the diocese were shocked--- probably mortified. I believe the bishop even raised his head in astonishment.

Now, to be honest, if I was sitting next to him at Mass and he did that today, I would crawl under my seat. But I love the story. I love the passion for his Catholic faith that drove him to such an “inappropriate” display of joy. It was the passion of a true disciple, a person whose heart has been transformed by the Lord’s love. It is a passion that can’t contain itself but must shout out in joyful exclamation. Pope Francis has written, "The Gospel, radiant with the glory of Christ's cross, constantly invites us to rejoice... Why should we not also enter into this great stream of joy?" He goes on to lament, however, "There are Christians whose lives seem like Lent without Easter" (Evangelii Gaudium, no's. 5, 6).

As an aside, a year after the shout-out, a youth minster colleague ran into my buddy after a presentation he gave to a parish, and the youth minster confided that he had just that morning put on a core team training in which he asked each core member to share his or her conversion story with the rest of the team. In other words, he asked, What happened in your life that ignited your love for the Lord?

A new member of the team shared how some guy’s crazy shout of “Jesus is in the House!” at America West Arena had stirred his deadened faith just a year before. He recounted how, sitting there at the anniversary Mass, he had pondered, What would make some guy do that, express his love for God like that, in front of everybody!?
He confessed it did something to his heart, and he found himself longing for that kind of relationship with the Lord and determined to seek it. After the young man shared his story with the others, the youth minister, who knew my friend well, told the young man, “I know the guy who shouted that! I know him!”

What I love about the “Jesus is in the House" story is that it reminds me that Jesus invites each and every one of us to that kind of bursting joy. We are not supposed to be, borrowing the phrase from St. Teresa of Avila, sour-faced saints. The Lord invites us to fullness of life. The more alive we are, the more we glorify the Lord and His goodness.

Every one of us should shout those words in the depths of our hearts at the time of consecration at Holy Mass. Our hearts should cry out with joy, "Jesus is in the house!"

In every situation, no matter how difficult, we can cry out, "Jesus is in the house!" He is always with us. My friend's faith impresses me because it is no "fair weather faith." Jesus is with us--- with us--- in the thick of it, in the pain and in the suffering. He is our joy. "The joy of the Lord is your strength" (Neh. 8:10).

Don’t get me wrong: I don’t advocate for shouting at Mass, and neither does my friend now that he is older, wiser, and has had his edges smoothed out over the years. But I do advocate for a faith that is alive, on fire, brimming and pouring over. I desire that faith. 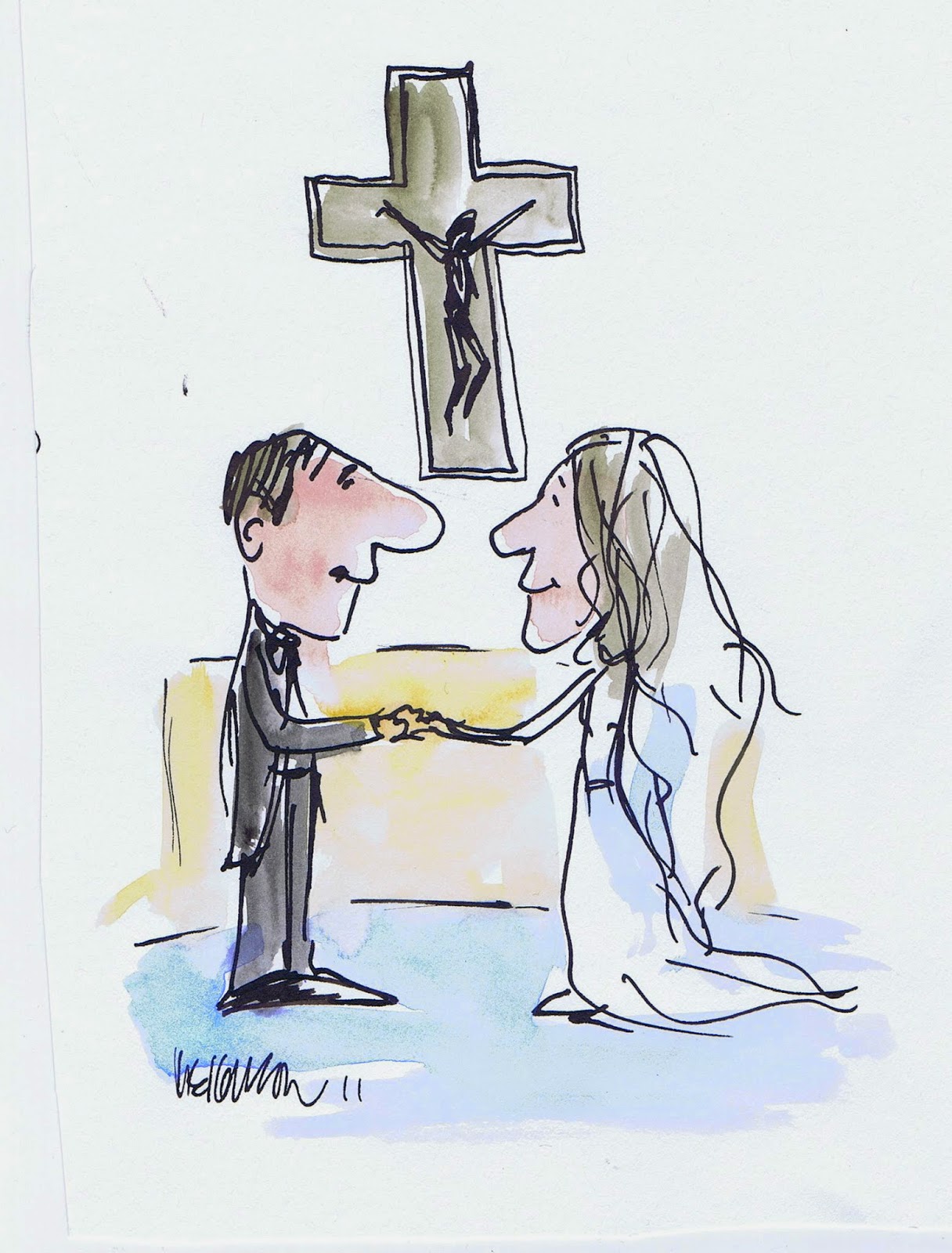 "Marriages are icons of God's love; the beauty and truth of these icons is meant to be, and needs to be, visible today."

Most Reverend Thomas Olmsted, Bishop of Phoenix, New Evangelization in the Americas talk

Posted by Leighton at 7:46 AM No comments: